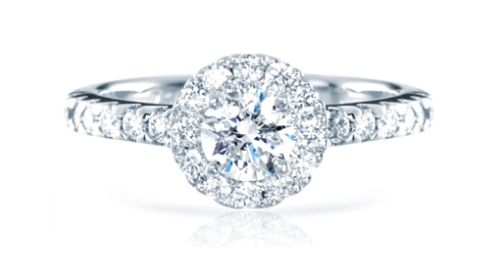 Hello fellas, back in the saddle once more after having put out some fires on the home front. I’d once more like to thank those who haven’t removed me from their blogrolls and the visitors who’ve come by to check up on me.  A lot has changed in my absence, we’ve seen the exit of 7 man and CL from the Manosphere (good luck and Godspeed you two), and some chinks in the armor of almighty feminism. Looks like certain feminist activities have really made them look…not so good in the mainstream media. Well Kate, if you can’t beat ‘em, join ‘em, as your movement is looking less benevolent and more hateful all the time. Must deflect that bad press somehow…too bad people are catching on and you’re possibly loosing popularity.

However, the thing I wish to touch upon now is about the marriage landscape and getting men to say ‘I do’. You see, everyone knows full well that women are the gatekeepers of sex, nothing new to see here. However, just as both women and men have greatly underestimated the irreplaceable male contribution, it seems that many have forgotten a very key point. Men are the gatekeepers of commitment and we can choose to exercise this right however we see fit.

You see, due to the feminization of so many western women, some have deemed the skills, which men sought for in marriage ‘unnecessary’ and even oppressive. What so many have forgotten is that many men have always needed to be enticed into marriage. If a marriage minded man doesn’t find a woman enticing, there’s nothing stopping him from moving on to another one who might. Yes, a wife is entitled to half the assets in a committed relationship, but until a single man either puts a ring on it, or gets a woman pregnant, a single woman isn’t entitled to anything from anybody!!

Think about George Clooney for a sec, the man has been busy dating since his 1993 divorce. He dated Elisabetta Canalis in 2009, but when she pushed for marriage, he bounced. No commitment=no entitlement, and he had nothing stopping him from leaving her as technically he really wasn’t with her. This is as true for Clooney as it is for any man, and more are exercising this choice to the regret of many women.

The difficulty women and greater society is facing is that you can’t shame, force, or cajole men into marriage if they truly don’t wish it. Moreover, if they have no use of marrying a certain type of woman, there is nothing under the sun available to other parties to make them do so. I have some experience with this evident frustration as I mostly dated and then married interracial. The annoyance displayed by a few of the black women we encountered varied from passing irritation, to vocal opposition.  One instance actually had some women calling my girlfriend and I out, yes lads they can get that frustrated. The reality is that unless a man puts a ring on a woman’s finger, or knocks her up; she has no say in regards to his life. Those women that we had upset were simply realizing their lack of power in that regard, and all they could do was complain about it.

The early Patriarchy was designed to entice men, to marry, using chastity and example as leverage to get them to man up. Without this leverage, the truth is that women are left to their own devices as men either choose to opt out, or look for greener pastures. Gentleman, be prepared for situations like what I had encountered to rise as more men take foreign wives while their single countrywoman look on in defenseless disgust.

The main part that many women need to recognize is simply this; if you don’t want to ‘play by the rules’, worry not because someone else will!!

1 Response to The Ring