What do the Toronto Maple Laffs, Feminism, and Western Women Have In Common? 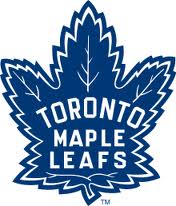 No, that isn’t some sort of ridiculous joke I’m playing on you. Yes there is a connection to those three different groups and I’m sure many will be somewhat surprised to find out what the commonality is. A while back, MacLean’s magazine wrote an extensive article in regards to what the issue is with Toronto’s woeful Maple Leafs. A powerful passage from the beginning of the article essentially sets the tone for the rest of it;

‘The only problem with all this talk of curses is that there are perfectly logical reasons for the Leafs’ legacy of failure. The fact that the Toronto Maple Leafs are a bad hockey club is the inevitable by-product of the laws of economics. Their mediocrity is a design flaw, and it comes down to this: for any business to thrive, it must be obsessively focused on victory. Success must yield powerful benefits and failure must unleash harsh consequences. In the world’s greatest market for pro hockey, that cost/benefit equation doesn’t exist. A gusher of wealth, regardless of performance, has begat 40 years of infighting, a culture of laxity, and a refusal to admit the problem. The Leafs are a monopoly business that has been corrupted by its own market power.’

Understand this; the Toronto Maple Leafs have a monopoly on their hockey fans who bleed white and blue no matter the outcome. However, monopolies can be dangerous things. The article delves deeply into the various issues the Leafs have as an organization and if one is into sports or hockey, it will prove to be a good read. The main concept I wish to convey to you comes from yet another quote in the article.

“Pretty much any study you look at, you’ll find a very strong correlation between attendance and winning.” But the Leafs are different. “They can do whatever the hell they like and the attendance and merchandise sales go up, and TV and radio contracts hold up. In terms of competitive performance, this monopolistic power is a very bad thing.”

Getting down to brass tacks, let’s wade through all the distractions and get to the core of the matter. Pro sports are a business, and profit/loss is what drives many of these teams to win games and eventually the playoffs and hopefully the big show at the end of the season!! Another quote from the article sums up my thoughts on the matter succinctly.

“For most teams, winning is urgent. Even winning doesn’t guarantee [financial] success for a lot of teams, but losing pretty much guarantees their failure.”

This is the pain/pleasure paradigm that I touched upon in an earlier post. Winning may not equal pleasure, but losing DOES equal pain. Therefore, winning becomes crucial, if ONLY to avoid losing. Winning teams will find it easier to get butts into the seats of stadiums, paying their way the whole time. They will spend their hard earned money on concessions, which goes back into the coffers of the team and their owners. Yes, this is a business, and winning is a sound business decision. The issue with the Maple Leafs though is that no matter what they do, win lose or draw, the most valuable team in the NHL stays that way so what consequences do they feel for poor performance?

I had some die-hard Leaf’s fans tell me this on several occasions; that I could dress myself (who can’t skate to save my life MUCH LESS play hockey) and outfit 5 other people with similar lack of skill, in Leaf’s jerseys, put us out on the ice against another NHL team and the Air Canada Center would STILL be sold our despite out horrific performance.

No, that ISN’T good now let me tell you why.

You see, this is the exact same reason why Feminists ride on men like they do in present day and yet another reason why Western Women sound like crickets by and large even in the face of severe injustice toward Western Men. The Leaf’s don’t care if they lose since their needs are met regardless, why would women care if men are shouting at the tops of their lungs about injustice so long as their needs are met? Yes anyone who has spent any time on the manosphere knows that women tend to be Herd animals, but what do women lose by following that instinct AGAINST men now?

They can meet their biological imperative and not suffer any sort of societal consequences due to slut shaming being ‘evil’ and thanks to social services; they no longer suffer economically whatsoever. They only gain in terms of the family courts and even through False Rape Allegations so in the end, women actually have the upper hand on men for the most part. The bottom line; women by and large are exactly like the Toronto Maple Leafs, they suffer no negative consequences for their destructive actions toward men and society (in the interim) and therefore have no real impetus to change their ways.

This my friends, is the reason why that in addition to the fact that women by and large may not listen to men, they lose nothing by ignoring us outright. However, one quote also came to mind in reference to the power Feminism believes they still have and many would do well to heed the message it portends;

“Thucydides wrote years ago that hegemony kills itself. A power that has hegemony always becomes arrogant. Always becomes overweened . . . It becomes defensive, arrogant, and a defender of yesterday. It destroys itself.”

5 Responses to What do the Toronto Maple Laffs, Feminism, and Western Women Have In Common?