Ripples in the Pond 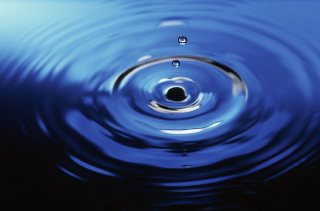 A lot of talk in the manosphere in regards to the ill-fatedCosta Concordia and it’s ‘unscheduled stop’ off the Italian Coast. The mainthing which seems to trouble the lamestream media is that men abandoned allforms of chivalry and made for the lifeboats, roughly pushing women aside whenthey felt their lies where in danger. Yes, some MRA’s are looking at this as practical proof that Feminism hasbackfired on women, but there is much more to this situation than meets the eyemy friends.
I can promise you this much; this situation is more than alittle disconcerting to women at large than most men realize.
Understand this, while the issue of men protectingthemselves and/or their immediate families at the expense of women is indeed asign of the times, the fact that when the traditional shaming tactics wheremade by the same lamestream media was brought to bear, the commentariat of saidarticles didn’t react the way some had intended.
Like ripples in a pond, the only thing this sign of thetimes has revealed is that the winds of change are indeed blowing, and blowingagainst female privilege at male’s expense.
While the tide hasn’t turned yet and any ‘revolution’ isstill gestating, women are very slowly (but surely) realizing that when thechips are down, the male characteristics they took for granted and feltentitled may not always be there. Kay Hymowitz’s article was simply the start,where shaming men was actually met with resistance, something she and others,most likely didn’t anticipate. Make no mistake, security is something women byand large value very highly, and men where seen as disposable once thegovernment was able to provide or ensure the security they so covet. This isthe deal everybody, just the fact that male support is no longer 100%guaranteed no matter the circumstances any longer ADDED to the fact that menare starting to justify exactly WHY this assurance is no longer in effectinstead of agreeing with the shaming paradigm is disturbing to women. You canbet your boots that some women, a lot of women are questioning the currentparadigm and their apparent ‘supremacy’.
It all comes down to what if as far as women areconcerned.  Essentially, they may askthemselves, what would happen if I was involved in a similar disaster and I hadno male partner for security? This is just the tip of the iceberg my friendsand expect women to really start questioning their attitudes once situationssuch as the Costa Concordia happen more frequently, and also, MUCH closer tohome.

3 Responses to Ripples in the Pond