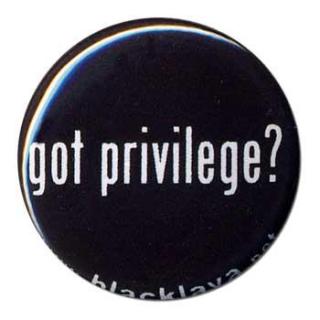 We need to get one thing straight about Male Privilege. As Snark excellently pointed out, there is no such privilege that we men reserve for ourselves at women’s expense. No inner workings to keep them down, and no ulterior motive to keep them barefoot and pregnant.
So what are women banging on about then?
Simply this, we have to stop looking at things from a male perspective and try to look at it from a female one. When you realize the dynamics, which are created between the sexes, you will see what issues women are chafing under. Male Privilege is nothing but the biological differences between men and women. It’s these biological differences, which cannot be removed by law, affirmative action, or ‘educational programs’. It’s these biological differences which are completely out of the control of Feminists and their agendas. It’s these biological differences, which proves that men and women are different and not interchangeable no matter how much Feminists rail that we are.
Females aren’t ‘enslaved’ by men or patriarchy; they’re ‘enslaved’ by their own biology.
Omnipitron

4 Responses to About Male Privilege