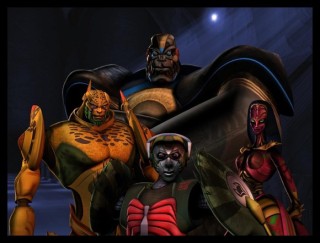 I grew up with transformers just like many of you. Optimus Prime was the very first Transformer I ever had and I played with that toy until his legs fell off with my brother and all the other neighborhood kids. Didn’t matter though, I used to just love watching the television show and watch Optimus kick some major Decepticon @$$. 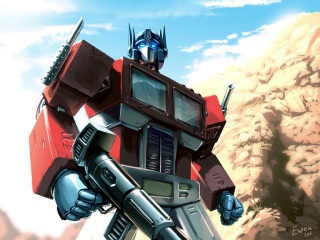 Had to love Optimus, he was hard when he needed to be, and insightful when the time was right, most likely the reason why he has been in every incarnation of Transformers since it’s inception.

Which was why in 1999 when yet another new incarnation of Transformers was released I had to watch, I wasn’t a big fan of the previous ‘Beast Wars’ version and I had hoped that this was going to be different. At the time I was seeing a GF who had kids (yes I know, stupid) and they where all for watching it regularly, so now I had an airtight alibi to regularly partake without looking stupid. Now due to the recent movies, most people have the basic rundown on the Transformers’ back story.  Robots, from Cybertron, can transform into other things, can whup a lot of @$$, yadda, yadda, yadda. However, this is where conventional Transformers and Beast Machines diverge significantly. You see, after the good guys (no longer called Autobots, now they where Maximals) won the ‘Beast Wars’ they found themselves on Cybertron but something was horribly wrong.
They could no longer transform into their powerful robot forms and their home planet was barren of all life, well mechanized life that is. No one was left except some mindless drones, which never seemed to leave them alone. After some exploring and investigation, our heroic Maximals realized that due to some tampering by forces unknown they have been ‘thrown back’ to an earlier stage in their development. In order to transform, they had to control their emotions and concentrate, essentially quelling the beasts they where and ‘becoming’ powerful robots. However, while the Transformers we all know and love can convert from both of their forms at will, for our heroes the Maximals, their default from was that of beasts and once they lost concentration, they realized that their robot transformations where only temporary.
Why do I find this so intriguing?
During a confrontation, Optimus Primal finds out that Megatron (natch) was behind the purging of their planet and the release of the virus, which caused our Maximals to require their ‘throw back’, reformatting. Megatron wanted to remake Cybertron with no organic life, purely mechanical and he despised the Maximals’ animal forms. Optimus correctly stated that Megatron too has a beast root form to which Megatron quickly and promptly states that he doesn’t. However, once Optimus makes him angry and Megs loses concentration, guess what happens?
Ahem, apparently even transformers can’t ignore nature, interesting.
To me, I simply look at society and sometimes refer to this foolish behavior as ‘The Megatron Fallacy’. Thinking we can ignore the reptilian parts of our genetic make-ups because we don’t have to use them or face them on a daily basis. We must recognize and control our primal urges yes, but ignoring them is foolhardy. Also, hand in hand with controlling our more primal instincts is realizing that some still have to be satisfied in some way shape or form even in this day and age. It’s all well and good for a couple to agree to a breadwinner wife and a SAHD, but due to our reptilian programming, these arrangements tend to fail fairly often as women tend to resent the responsibility. Sure people will say over and over again that “it’s what’s inside that counts” but most men can’t help but to be turned off if their wife gains 50 extra pounds.
That’s Nature for you, and Momma Nature trumps everybody. 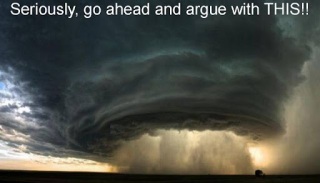 Over time, it seems pretty clear to me that both men and women have forgotten or simply try to ignore some of our more primal impulses. We simply see that women can now hold down jobs, which makes men think that they are no longer needed.  Due to brainwashing from the Lamestream media, it makes it easy to see why many men feel lucky to have a woman in the first place. Due to innovations in technology, women can virtually work in many of the same arena’s that men used to dominate so the oft used mantra “Whatever you can do, WE can do better.” is seen as true in contemporary society. Since the movements of the Feminist machine is hidden behind the smiling face of ‘equality’ young boys see girls outpacing them in school and think that women truly are better, and contemporary men are unaware of the falsifying, spinning and outright lies feminists engage in to make things appear this way. Young women also fall victim to this fallacy and buy all the “Grrl Power” garbage and truly think that they are superior to men in every way regardless of what the reality on the ground continues to state.
The Megatron Fallacy in action, men and women truly believe that women can do anything men can but only women can have babies. From that standpoint it seems that women are worth much more no?
Here is my point in all of this folks; no matter how we try to ignore our baser instincts, or pretend that they don’t exist, they will make themselves known whether we want them too or not or we believe in them or not. Due to the differences in our instincts, our behaviors and motivations are too divergent to even attempt to create a society where men and women are interchangeable. Many people talk about men becoming the slaves of woman and some sort of horrific dystopian future where dissenters are taken to concentration camps. While my crystal ball is no better than anyone else’s I simply cannot see this happening. For men to be enslaved in this manner, they would have to have NO OTHER CHOICE but to engage in family and continue to feed the machine, which is currently enslaving men.
This is the issue, men DO have a choice, in fact, I’ve come to believe that the main reason why men are deferred to in Patriarchy’s of the past is due to the fact that men can opt out. Women do not have this choice available to them; this is the reality, ugly as it may be. It has been said many a time in the Manosphere; civilization is one man for one woman in order to harness the excess labour a married family man generates for society. Men toiling for their own meager needs do nothing for society and that is the whole point. As I had said earlier, the differing biological imperatives of men and women made chastity powerful leverage for women to wield, thereby enabling civilization to be created by making men marry and produce.
With strong incentives to bypass marriage by men and readily available sex, women have given up their trump card although they don’t know it yet. It’s only due to momentum from previous generations of married men that the house of cards hasn’t fallen yet. They key word is yet, we are already in the initial stages of the Misandry Bubble bursting as we can see how the negative effects of feminism on men in society is now negatively affecting women. The disparity between men and women will become much more pronounced once the stakes get higher and the wonderful benefits women currently experience and take for granted begin to vanish. This will be due to more men turning their backs on a society which turned it’s back on them long ago. What men don’t fathom is that MGTOW is the choice that men have available to them, there is no movement similar to women. Women can NEVER go their own way and opt out of society.
The bottom line is this; men and women are very, very different in motivations, interests and skill sets. I truly believe that the contributions both genders make to society are equally valuable, but it’s foolhardy to believe that men and women are interchangeable in all roles. The very thing, which will bring down this whole farce Western Society has become, will simply be the differences between men and women. Society will relearn about the differing natures of the genders, and its effect will be like a train running over a pop can.
Omnipitron.