We all know about the rationalization hamster thanks to Roissy, that wonderful bit of validation which women (and some men) will engage in so they can explain away something they don’t wish to see. However, what I’m wondering about now is the realm the rash-ham returns these people too. The hamster only races on its wheel when something seems wrong with a tidbit of inconvenient information. Information, which will upset someone’s perception of the world forcing him or her to view things in a different manner, a manner they don’t wish to acknowledge. The hamster shows up to explain things away in a manner, which protects this worldview, saving the day sort to speak.

So there is more to this than meets the eye, no?
See, women want to protect their feelings and maintenance of this perception of the world, which does so, is key to this. They will use any means necessary to achieve this end. If logic no longer serves this purpose, than the Rationalization Hamster can and often does take over. So, a woman’s feelings are protected as her irrational viewpoint is shored up in a fantasy world, a literal wonderland where nothing can attack her.

The dangerous thing about Wonderland is that while it fills people with warm fluffies, it has very little basis in reality at times. Sometimes it’s a stretch, and other times one really has to wonder what color the sky is in their world. Exceptions taken as the rule, dismissal of a great many experiences which counter their own, yup, Wonderland is obviously the real deal, to these people, their reality is obviously the real one as IT doesn’t affect their worldview negatively.

Sometimes, Wonderland is the complete inverse of reality, and the results can be catastrophic.

However, all of this doesn’t matter, Wonderland is a magical place where nothing bad can ever exist and the evils of society can be put into a nice and neat little box. Usually left on the doorstep of men. Women can and often will fight tooth and nail to protect Wonderland, no matter how much it could and does hurt themselves and even womankind. Wonderland must be protected, no matter the cost, and pesky things like reality are simply intruders, which need to be eradicated so the Shangri-La of Wonderland remains undisturbed. 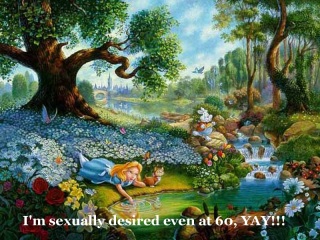 This is why you will often even see women argue with men over what motivates male sexuality. Who better to learn from than a bunch of men, right? Sadly no, the ugly truth is too much to bear for quite a lot of women. It would make them feel bad so they would rather escape to Wonderland, use their rationalization hamsters to destroy those pesky statistics, debase that annoying logic, and be whisked away once more to a place where their truth, no matter how illogical, no matter how utterly disproved still remains.

In reality, this mindset is also highly dangerous.

One of my favorite women on the Manosphere is Thag Jones who did her best to shake some people out of Wonderland with unassailable truth late last year. She was simply stating a very true fact that if a woman marries while she is younger she faces a much better chance of finding the type of man she wants. The thing, which amazed me, was that in order for her to do that, she had to face down a very ugly truth herself, the same truth many of these women and their supportive Mangina Yes-Men didn’t want to face.

I had to give Thag props for that, it simply can’t be easy to face something along the lines that she did.  Thag told me something I have heard before but in this context I will never forget. She said, and I quote; “I’d rather be told the ugly truth that a pretty lie”

Damn skippy, and you are stronger than you know for even being able to say that!!!

The thing is, that pretty lie can and often does lead to an ugly truth. As a man, I can’t see how it could be comfortable to see or admit it, but its important for a woman to comprehend. Waste your time now on sexy men who can’t commit, and you may impede your prospects later in life. Not a comfortable truth to realize, but a necessary one just the same. The thing which I think steamed Thag the most, was that some of the women there wanted to stay in Wonderland so long that they would give younger women bad advice in order to bolster their own incorrect viewpoint. 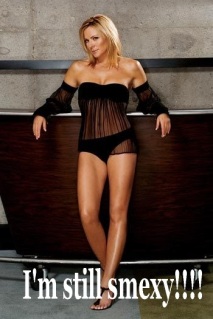 Women grab hold to any little facet in the world, which will bolster their position, therefore reinforcing their fantasy and making Wonderland more real. Take cougars for example; this little movement has women whooping for joy. Women actually still being considered sexually powerful beings well into what one would normally have considered middle age. So now, women can reject the idea that they are ‘over the hill’ and can STILL corner the sexual marketplace far after their Wil. E Coyote moment. They took that bone and ran with it, as we all know.

Gotta love Wil. E. Coyote.
I had a talk with my SIL once about cougars and she related the story of her best friend’s sister. You see, she’s a self-avowed cougar, 50 years young and takes good care of herself. I have actually met this woman and can vouch for her tenacity in this regard. However, here’s the scoop; she has two teenaged kids, and she is high maintenance so her prospective guy needs to be able to pull in lots of bread. The kicker, she doesn’t want a guy older than 30.

I asked her how that was going, no surprise, still flying solo (NO, REALLY? WHO’DA THUNK IT?). She had asked me that how would a guy who made that kind of money at that age be fine with not having kids? He obviously would be young enough, how about his parents, wouldn’t they be just a tad upset? I then leveled with her, there are guys at that age who do make that kind of money…and they are getting much prettier and younger women than this cougar.

The room fell silent, I guess I troubled her Wonderland a little myself. 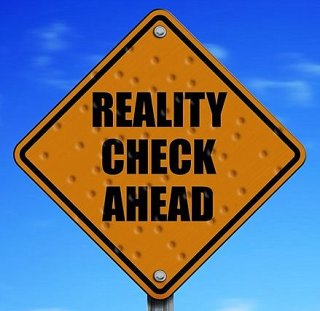 Wonderland says she can ask for whatever she wants, reality states that she is far too picky and the guys she wants don’t want her. Life doesn’t care how you FEEL; it doesn’t care about your likes or dislikes. It simply does what it does and one can play by “the rules” and increase your odds of being successful, or ignore them and increase you odds of failing. This is reality, and no, there are times that it isn’t nice. Even me for crying out loud, do I like the fact that I have ADHD and it makes life just a little harder? Do I like the fact that being black sometimes means the cops drive by me a little bit slower?

@#$^ no, but what am I going to do about that? What choice do I have?
I deal, by learning how to work with my ADHD, and NOT getting my @$$ caught by the cops by engaging in activities which would make them suspect me. It’s just that simple and all of us have inconveniences in our own lives that we deal with on a daily basis. We deal, as pretending that they aren’t there is simply a fool’s errand. I mean, temporarily, heck that would be sweet, but long term, painful. I don’t care if it makes you feel better, forgetting you have a mortgage and not paying it means that you will be downsizing eventually, it’s only a matter of time. Wonderland is great, but it can lead to Dante’s Inferno if you remain just a tad too long. Better just to never go there, really, and most definitely do not argue in favor of this ‘wonderful’ place opposed to reality.
Sorry, for a woman the deal simply is this;
A man isn’t going to want you for your money, men by and large don’t seek this out. You can be trumped by a sexy waitress. Ugly but true
A man isn’t going to find you as attractive in your 30’s and beyond as you where in your 20’s, hard I know, but this is the truth
If you focus on your career in your 20’s, then most of the ‘best’ men will already be taken and you will be fighting for the remainder
You simply aren’t as strong as a man, and if you decide to hit one, he may hit you back, and he will hit harder. Iron Man2 was a movie, Scarlett Johansson would get owned in real life by ONE man
Treat a man with respect, this goes a long way, being a b!tch is only a media meme
Men like low mileage (or no mileage) women , if you bang everyone and the village idiot, this will (let me say that again) it WILL impede your chances for finding a ‘good spouse’ later
Men considered as ‘thugs’ CANNOT be changed into better men. I actually had a young alpha male tell me he COUNTS ON THIS in order to lure unsuspecting (read; stupid) women into his grasp. Bad boys are sexy, and undependable, time to realize this
You are NOT doing a man a favor by marrying him. In all honesty, IF anyone is reciving a favor, IT’S YOU
Treat your man well, you cannot trade up in the future, but your man just might, sorry this is truth
Let me say this final thing as it is a personal pet peeve of mine….STOP BLOODY WELL ARGUING WITH MEN OVER WHAT IT IS THAT MEN WANT. MEN KNOW MORE THAN YOU DO….THEY’RE MEN FOR CRYING OUT LOUD!!
If you ignore the points I have just made, there is a very good chance you will end up exactly where you don’t want to be. Men don’t like 35 year old, high mileage bitches who think they can beat up men twice their size and has a high powered job. The reality is that the demure, pretty, 20 something waitress at Moxie’s will trump you and this is the bottom line!!!
I’ve been to Moxie’s, they hire well there!!! An established man has options, you in all reality DON’T want to be competing with them. The women who have achieved this are the exception NOT the rule.
Whether one wants to see facts, statistics or even reality, or not is irrelevant, life will do it what it does regardless of our useless bleating. And the best thing that we all need to learn is that umbrellas do not stop falling 10-ton boulders.

Yeah, that will go far!!
Omnipitron.

2 Responses to Alice In Hamsterland?