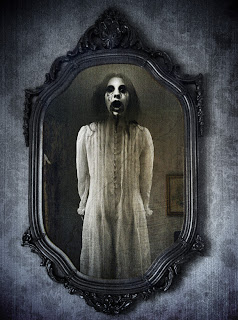 We’ve all heard different Urban Legends as we where growing up. Scary stories which get told and retold by friends, neighbors and acquaintances which raise the hair on the back of our necks and amuse us with their creepiness. Some of these stories are told as truth, they happened to a “friend of a friend of mine”, you know, John Smith, he lived on Main Street, right? Don’t you remember John? The main thing about some of these sometimes chilling stories is the very fact that they can’t be substantiated. We’ve only heard about the giant crocodile that lives in the sewer beneath our city, but we know of no one who has actually seen it or encountered any evidence of it. Furthermore, Steve in Denver may know about this crocodile in his sewer but sure enough, so does Dave in San Francisco.

With no proof of their validity these scary stories remain just that, stories in which people gasp at, then quickly return to their prior endeavors. The chances that any real danger exists to any one are remote at best so amusement is usually the outcome of such a tale.

What does this have to do with Feminism and society?

Here’s the deal; Whiskey wrote a brilliant post about the current social climate between men and women and makes it obvious that there is little socialization for women to train them to see that the Eric Foreman’s of the world are better long term partners than the Casey Kelso’s. However, this socialization will not happen until it works into a woman’s favor, which is one of the issues facing men today.

The thing is, that the socialization that matriarchs railed into their younger charges weren’t just suggestions, but dire warnings so that they could avoid the very real and serious consequences that faced women in the past. When the working world was made up of men primarily or even earlier than this when agrarian societies where the norm, a woman acting in the present ‘acceptable’ manner would lead to their wholesale failure. Men had the time to situate themselves, learn their trades and make a name for themselves, women had to keep themselves chaste in order to get the best men possible and where constantly reminded that this was the best course of action for their lives.

Being a ‘spinster’ today doesn’t hold the same serious consequences that it did in the past. Women could literally look out their windows and see where the foolish minority of women ended up which reminded them as to why ‘behaving’ was simply a better and much safer life choice. Their mothers could easily point to readily accessable examples to drive their point home; “Do you want to end up like Lady Catskills down the street? Still living with her ma and pa at xx age?” And this example would be up close and personal so the reminder rarely ever left their attention.

What about now? Why do these socializations no longer occur like they once did?

With the advent of Social Services and No Fault Divorce, it’s easy to see that men are no longer required in their previous capacity. Therefore, the attention women put forth toward men are also no longer needed. Feminism ‘freed’ women from these shackles so to speak so finding an ambitious and loyal (read; GOOD) man became a thing of the past.
Now a good man is simply one a woman has until she get’s bored, I mean, Eat Pray Love states that happiness is the most important thing, right….right?
What of the negative consequences? Have these social services taken care of literally EVERYTHING a woman may require of a man in the past? Well…not quite.
Dalrock wrote about this extensively in “Post Marital Spinsterhood” on his blog and related some very sobering statistics on the topic. Turns out there are some very real and very long lasting pitfalls, which can befall women in this day and age. It also seems that marrying younger and finding a ‘good’ man is still very sound advice even now and big D has some stat’s to prove it.

But we know that statistics mean nothing to women by and large, their rationalization hamsters can spin this information in various ways to make themselves feel better and use the special snowflake platform to rationalize that this same fate won’t happen to them.

Feminist propaganda also downplays these issues and places the blame on men so these unfortunate stories are never framed in a way that could be used as cautionary tales to unsuspecting women about the perils of “empowerment” and the associated consequences.

Due to their rarity, they can be seen as urban legends, negative outcomes which always seem to happen to ‘a friend of a friend’ or an unfortunate circumstance which you read about online or in the news but nothing which happens often enough to warrant any changes in a woman’s attitude or lifestyle.

FYI Ladies, the marriage rate is decreasing due to men looking around and seeing an increasing amount of unhappy husbands IN REAL LIFE, they are realizing that being a satisfied husband is fast becoming folklore.
So the warnings of the few sensible women, which are left, usually falls on deaf ears, dismissed as outliers, which happen rarely and couldn’t possibly happen to them. Women have little reason to ever consider the real unfortunate risks which are very valid possibilities in their lives depending on their choices.

This is precisely the reason why men’s direct warnings are also useless, women look at the here and now and can’t see the issues on the horizon. Womyn’s media also preempts a man’s attempts at aid, making it seem like his very real concern is simply a ploy to keep a woman ‘barefoot and pregnant’, chained to the patriarchy.

So long as the government can subsidize a woman’s well being essentially, there aren’t any issues on a woman’s horizon to make out. Economic collapse as per TFH’s Misandry Bubble is apparently the only thing, which will wake women up from this trance.

Women won’t be convinced of their apparent fallibility until what used to happen to a “friend of a friend” or something they read about online once in a while then turns into something that happened to a person or people they know intimately and fairly regularly. To see and feel the negative issues facing this friend as she faces single motherhood with a dearth of ‘good’ men for support and drying up social assistance

(as thugs may be seen as exciting but useless during these ‘rough’ times) will make this possible outcome very real and something women will learn to avoid out of necessity.

In the meantime, sadly, warnings won’t be heeded. Effort and logic will fall on deaf ears and insults will be one’s compensation in attempts for society to see reason. Common sense will simply be seen as an Urban Legend, which has no basis in reality despite real world evidence that these negative consequences are actually on the rise. It seems that many are dead set on holding that apple in the vase until the hunter snags and captures them, even though letting go would grant them the sweet escape they don’t realize is available.