The older I get, the smarter my parents become…heh..heh…heh 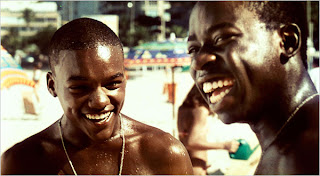 Just had a great talk with my parents. My Mom is doing great and it’s awesome to speak to her again. After I was done, I spoke to my Dad. I will be talking to him on Friday so he can give my some renovation advice (which I can use fo sho) and possibly come over and give me a little what for!! Heck, do you have any idea of how stoked I am to show my Dad how many tools I now have?? I’m actually looking forward to renovating my basement with my Dad’s help, and even cooking dinner for him when I’m done. Heck, I can’t wait to show him all the tools I have in my basement workshop, if you can call it that. We’re going to send it HARD, man I wish I had listened to him when I was younger!!!!

I’ll tell you now, in terms of eating crow, you will either do it when you are young, or you will do it later, but either way, you will do it. Your parents are right, and you, sorry, you…is…wrong!!! My older sister, my younger brother and I all at the same time told my parents that they where right the whole time about 9 years ago, and my parents where gracious enough at the time NOT to turn the knife in the wound.

My father, the man who after all of these years I realized that he had done a lot more for me than I had actually figured. Well, during my amazing talk with my Dad, he retold a story which I never forgot. I can still remember when he had told me this story the very frist time when I was only 7 or so. An old Jamaican tale which has become a mainstay in Omnipitron’s psyche. Sans Patoi of course.

“There was an echo in the woods which knew all and a smart alack kid wanted to outsmart the all-knowing echo, he caught a live bird and then approached the woods.

‘All knowing echo, what do I have in my hands?’ He said as he held the bird behind his back.

‘Why young man, you have a bird in your hand.’ The all knowing echo answered.

‘Tell me, is the bird alive or dead?’ he answered smugly.

The plan was in motion; if the echo said ‘alive’ he would crush the bird in his hand, killing it. If the echo said ‘dead’ he would relax his grip and let the bird go free and fly away. So his smile got even larger as he awaited the echo’s answer.

‘It all depends on you!!’ The echo answered.

The young man was stymied!!”

The moral which my father had bestowed upon me; whether people like it or not, is that WE are responsible for our own lives and our own outcomes. I told my father that even though I listened to him telling this story for the millionth time in my life, I loved listening to him tell that story. It’s even more true now than when it was when he had first told me. How many men can say that they had a father like that in their lives when it mattered?

It made me who I am. I wonder how many boys can say that now. Do yourself a favour for the men who had a great father in their lives, give him a huge bear hug when you see him next, yeah?